We live in a violent world, but why is there violence in health care facilities  with staff being hurt or killed.  I have worked in places where violence is the norm and yet when people that are needing the care know you are there to provide that, you are safe.  Well, at least that’s the way it used to be. 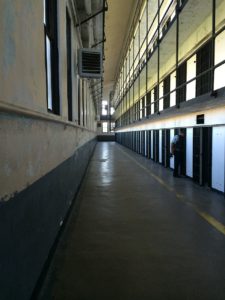 Cell Block In A Jail

I worked in a jail at one time.  My family thought I was crazy.  Frequently I would be asked if i was afraid.  Well, of course we had a guard with us at all times, which certainly helped.  However, I have to say that I really was not afraid.  My standard answer was that I am more afraid on the street than I am in the jail.  I was told when I first started working there, that the inmates know that you are there to help them, so be assured that that you are safe.

I remember one day being called to a cell with many inmates in it.  This cell was one that housed all very violent inmates.  Most of them in this cell were charged with murder.  There was an inmate having a seizure so I was called there to  assess and take care of him during this crisis.  I did what I had to do and I can honestly say that I felt safe.  I remember other inmates standing around watching me and all they said was help him; take care of him.  So I guess it was true.

Of course that may not always hold true.  I know there are situations where the healthcare people are held hostage.  This posed a problem for the guards and the system because if we were held hostage they would have to bargain with the inmates whereas if it was a female hired as a deputy or guard, they would not.  They were told this when they were hired.  Some of the guards did not like us for this reason, but they had to deal with it.  It actually was more dangerous to transport inmates out to the hospital or to medical appointments.  In fact that is why we were hired.  Prior to us providing care within the jail, guards were transporting an inmate to a medical appointment, when they were ambushed and a deputy was killed.

Another situation was when I worked in Home Health Care.  I worked in a fairly large city and much of the time I was in the inner city where violence was an every day occurence.  When I first started there we were given security people to go into some of the neighborhoods.  Most of them lived in these neighborhoods and knew the people.  Again, they told us the same thing, which was that they know you are a nurse and will protect you, too, as they know you are there to help them.  In a few years we were no longer allowed to have them with us as the people felt they were being discriminated against.  Of course by this time, they knew who I was and again I felt very safe most of the time going into these areas.

Lately, though, it seems like things have changed and there is a lot of violence that actually happens right in the hospital setting.  Nurses are attacked by patients and sometimes families.  It seems that the way people deal with stress has changed.  When I was a kid if someone got angry with another person, they might end up in a fist fight or a verbal altercation.  Today they pull a gun or knife on each other.  Even healthcare providers have to always be on the watch for something to happen.  How can you work in a situation like this? 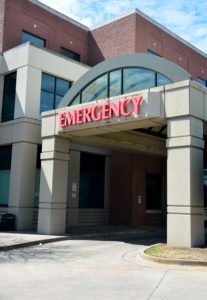 The ER Especially Is Stressful

I know that ER personnel are especially susceptible.  Feelings run high when an accident victim or a person with a gunshot is brought in.  Relatives and friends are frequently totally distraught and there is always the chance that they will react with violence  in these situtations and the healthcare people are now at risk.  What happened with the feeling that these people are doing everything they can to save the injured person?  Now it is all on the staff to save this person and if they can’t, it becomes the fault of the staff and violence could ensue.

Can this change?  For one thing we have to change how we think about our selves and about others.  I worked on a unit in a psychiatric hospital that housed only the very violent patients that were harmful to themselves or others.  The next step was the forensic hospital.  One thing that made a difference in the patient’s behavior was how we, as staff saw them and what we expected of them.  I have seen how this works.

I remember one female patient that was seen as very violent and when she “went off” it usually took many, very big and strong people to get her restrained and back in control.  Someone or more than one usually went out on comp during this.  She and I formed a therapeutic relationship and she apparently felt safe with me.  Another nurse on the unit felt differently about her and they did not have a good relationship with her.  She frequently became a target of the patient and eventually the nurse ended up on comp for a long time with serious injuries.  I think it boiled down to what I expected of the patient.  I would tell her that she was a good person and that she could control her behavior and usually I could get her to talk with me and to calm down when she felt like she was going to go out of control. 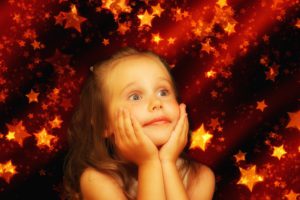 People behave as we expect them to.  If we think they are going to go off and hurt someone they will.  If we, on the other hand, expect that they can deal with this and not act out they will behave accordingly.  Try this out with your children.  If you expect a certain thing from them chances are they will come through with whatever you expect from them.

The other thing that we have to do as nurses is to not tolerate violent behavior.  None of us deserve this type of behavior from the patient or family and friends.  We are not the cause of whatever is going on in their life.  Take the ER example from above.  It is not our fault that the person was shot, for example.  Yes, the family has the right to be scared and angry and upset, but they don’t have the right to take it out on us.

Unfortunately, we are taught from the time that we are students in Nursing, that we have to accept them taking it out on us.  We need to empathize and understand and support them in any way that we can, but we do not need to accept any behavior directed toward us.  They can yell and scream and cry, but they can not physically or verbally attack us.  Supervisors and instructors have for a long time told us that we have to expect and deal with this.  It is a risk we all take when we go into the profession.

Wrong!  No one has the right to hurt another person.  We have a responsibility to help the patient and the family, but not to take whatever they feel like doing due to their stress and feelings.  This has to change.

I had a patient that threatened to kill me one evening when I went to see him in his home.  He was very angry with me about something and told me that only one of us would be leaving his apartment alive that night.  I took the precautions I needed to make to make sure that I could get out, and when I got ready to leave, he grabbed my arm and tried to pull me down.  Fortunately he was very thin and frail and I was able to pull away and run out of his apartment and down to the lobby where I told the security guard to call the police and told her what was going on.  When I reported this to my superviisor the next morning, she listened, but it was as if it was no big deal, and I was ok  just, so deal with it as it is a part of my job.  He was admitted to the psych unit at the general hospital and we discharged him from our services and would not take him back if we got another referral.  I was just expected to deal with it.  Really? 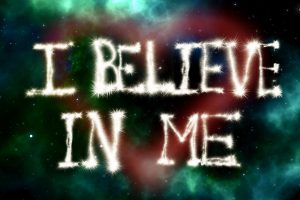 Nurses Need To Support Themselves

I wrote about this in another blog and I can’t stress enough how much this has to change.  The way we see ourselves and others is vital to a change in this cycle of violence.  And it has to start from the beginning and from the top.  Supervisors need to support their nurses, and every nurse should expect this from him or her.  We need to give ourselves the support we need as well.  We do not deserve to be hurt in any way.

I remember thinking, when the above happened, that maybe this was not the profession for me.  I don’t even have the respect that we all deserve from our supervisors.  Is it all worth it?   I love my patients and caring for them, and what I need to do is to be a part of the change I mentioned.  The answer is not just leaving.  I need to be instrumental in helping to make the changes needed to make it a safer world to work in.  That is what I am trying to do now and wish I had started it way back then.  One of the ways I have been trying to do  is to start a couple of new businesses that can effect these changes.

How am doing this?  I found this company, Wealthy Affiliates, that provides everything I need to start my businesses.  It has everything you need to make my website and learn to market it and hopefully attract enough nurses and health care providers to eventually make these changes.  It has everything you need for just a nominal fee each month.  We, also, get the support from each other to continue on.  It teaches you how to make your website and then how to market it.   It is a wonderful learning experience.

If you are ready to be a part of this change click here for more information about Wealthy Affiliates and start a business of your own. 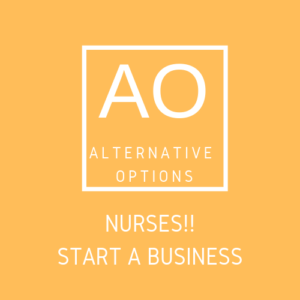